In celebration of International Women’s Day, we are shining the spotlight on our grantee This Is Worldtown (TIWT), a digital hub featuring the first person expression of women of colour, globally, across storytelling mediums. TIWT’s latest endeavour, Behind The Dust supports women of colour media makers who are reshaping the Canadian media landscape through visual storytelling.  Artist Elizabeth Farinango is a kichwa documentary photographer, writer and painter currently based in Otavalo, Ecuador working on personal photographic projects and rediscovering her family’s long history with shamanism. Her work has been featured in Red Rising Magazine, St. Sucia Zine, teleSUR English, and Remezcla. She is currently organizing her first solo exhibition in Otavalo and Quito, Ecuador.

TIWT: Why are you a media maker?
When I was growing up, I would always see narratives from other perspectives—mostly white perspectives—and I really didn’t have anyone to identify with. As I got older, I realized that taking pictures was so important in giving me a voice. Now, I feel that being a media maker just puts a different voice out there that might inspire or resonate with someone like me. Also, one of the reasons why I’m a media maker is because of my little sister, to be honest. She always inspires me to keep going and keep saying what I think. 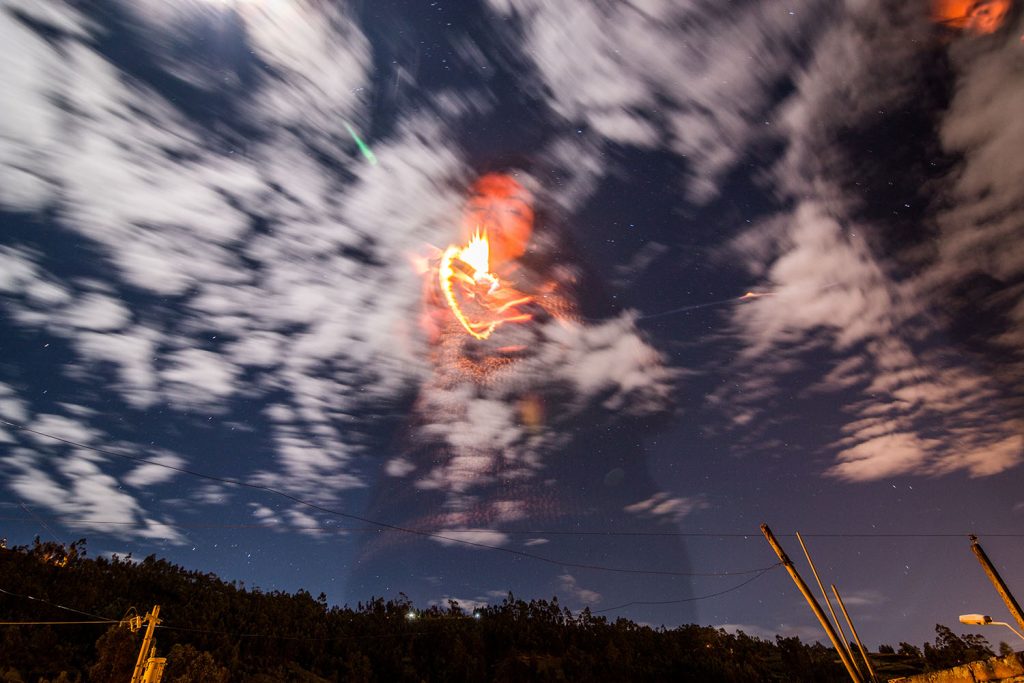 TIWT: How did [your little sister] inspire you?
When she’s in school, she gets taught a lot of mainstream history that everybody knows about. Then, she comes home and we would talk about it and discuss what she’s learning. I would give her my perspective or the things that I’ve learned through my own personal research. When she was smaller, she would be blown away by it. She would just keep asking all these questions. Just keep inspiring me to do more research, so I can answer her questions. In terms of making media, I think of other younger girls like my sister who need to have those role models or need to have those narratives and need to have those histories told. 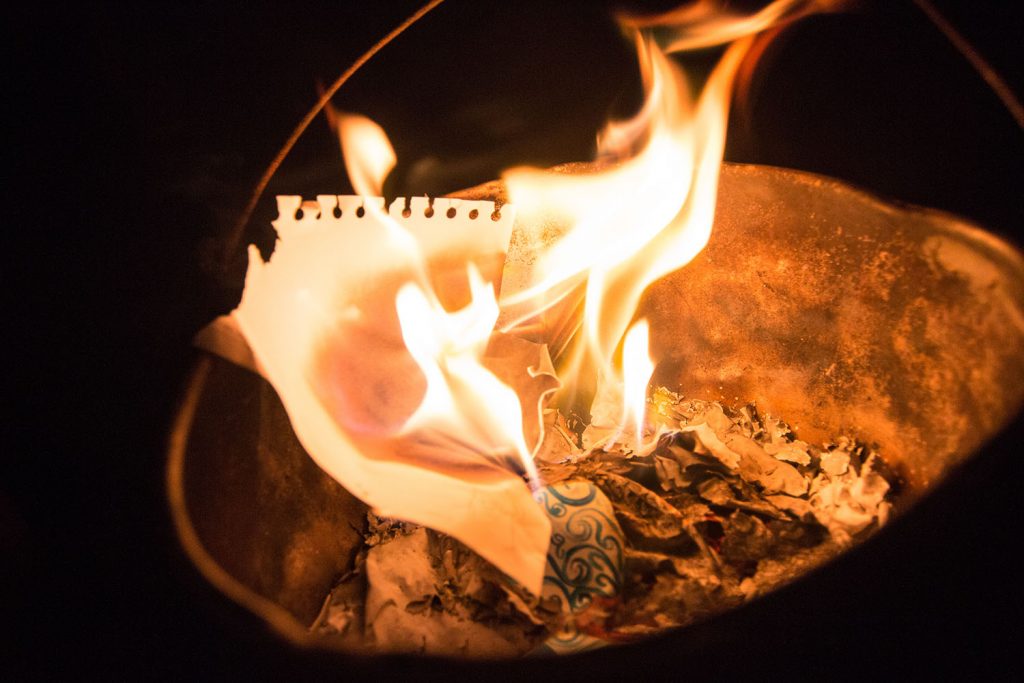 TIWT: What was the turning point that made you decide it was necessary to create?
I was creating but I wasn’t really aware that I was creating. I was just doing this because I like to do it and just because it gave me an outlet. I realized that I was creating when I was going through a really tough time, my divorce. I didn’t feel like I was really doing anything with my life. I felt like I just had not accomplished anything. It was my little sister who called me out and was like, “Listen, this is what you’ve done for me. This is how I see you and this is what it means to hear your voice in here, and see your images, and hear your stories.” That really brought me back to life.

TIWT: How was your project with Behind the Dust birthed?
It’s interesting because it’s been a work in progress for quite some time. Again, I didn’t realize that I had been working on it. When my entire life got shaken up by my relationship ending, I did an ayahuasca ceremony. During that ceremony, I was confronted with a lot of things and really came to understand that I needed to start healing myself and wounds that came from childhood, not just this specific moment. It really made me see that it’s something that I have to do in order to move forward. I’ve been working on it since then. I was actually back the day after from the ceremony where I wrote the proposal. I wrote everything that I was going to do. It really came from that connection not like the Earth and the medicine and being in that space where I was in communion with myself. Yes, just with my entire surroundings.

TIWT: For folks who don’t know what an ayahuasca ceremony is, can you explain a little bit about it?
Sure, it varies from place to place. By the way that I got to know it is, Taita which is a healer from Putumayo, from Colombia came down to Ecuador. We went into a sacred space in nature. We were in nature, about six people, and what happens is that he brews a root. It takes quite some time for it to brew. It’s almost like a bitter tea. He starts the ceremony with calling on to the ancestors and singing and doing a whole cleansing for everybody that’s there. Then, he gives you a cup of tea. You drink the tea. He lets you be for a while. He’ll guide you if you need to be guided.

This happens throughout the entire night. You’re just sitting outside very, very in communion with the stars, there’s no pollution, there’s no cars, you can’t hear anything except the frogs and all the animals that are out. It’s a really tranquil space to be in. With the ayahuasca, what it does, it’s different for everybody. What it did for me, it was opening me up to things that had already been inside of me, but I was too close up to see them. It makes things a lot clearer for you. It’s very healing.

Some people have really bad experiences. I’m not really sure why. When you are not feeling all that well, you’re encouraged to throw up because it just cleanses your entire body. I did throw up and the Taita, the healer was there with me. He was singing to me the entire time, and playing almost like a fan made out of leaves that make this very specific beat. He was doing that for me as I was there. I felt accompanied. 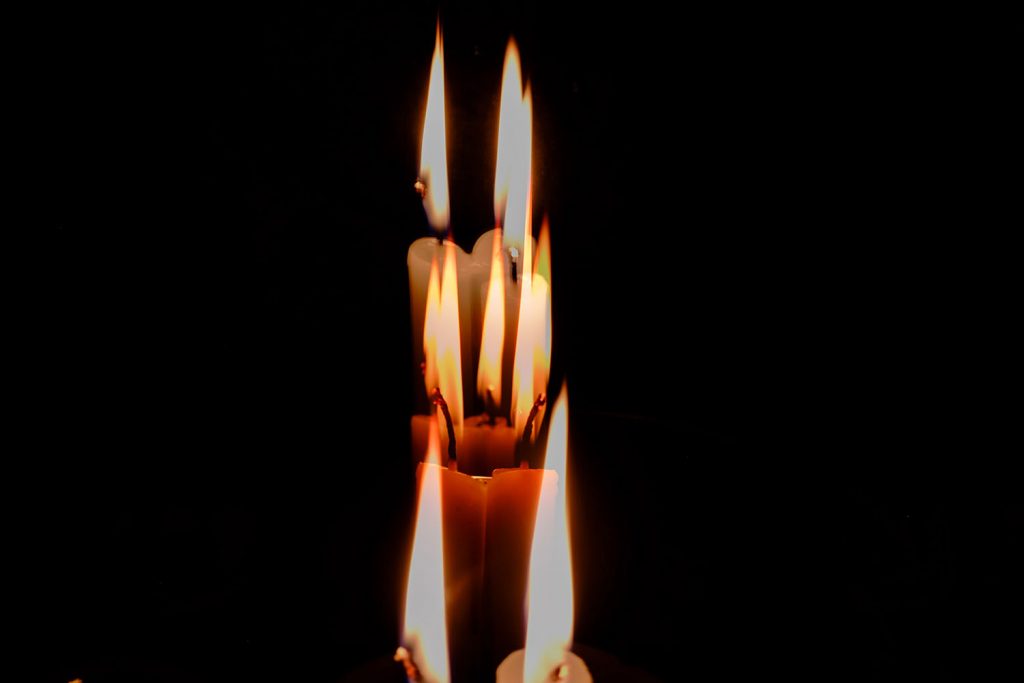 TIWT: What are some lessons that you’ve learned for yourself in like while you create?
I’ve learned that healing comes in very very different ways. It’s something that needs to happen organically, it’s something that can not be forced, and does not have a timeline in which you can follow. It can go from you being really well for a couple of days, and then not being really well, and that’s okay. It’s okay to accept all aspects of the healing process and just having a lot of patience with myself.

Initially, when I started working on this project, I thought that healing would have come in one particular method that I would just need to be in nature, and just reinforce that connection because of what happened to me in the ceremony. As time has passed and things have happened in my family, I’ve seen that healing takes every sort of form, from having a bowl of soup with your grandmother to being in connection with earth or through the lands being able to focus on something so beautiful as a spider weaving its web. The biggest lesson is being open and being patient to every kind of healing and not having a mindset of what it’s supposed to look like.

TIWT: What impact do you hope to make with your art?
I want people to walk away knowing that things can be really shitty. They can also be really good. It doesn’t have to be– and both are okay like I told you, I’ve been going through this separation process. My work is mainly been affected by that. Some days when I’m shooting, it’s like I shot things that aren’t really all that happy and they’re beautiful but in a different way. They’re kind of dark. Then, there’s things that are just inspiring like a sunrise or the morning dew. There’s both, the good and the bad, and it’s okay. I guess, a feeling of hope. 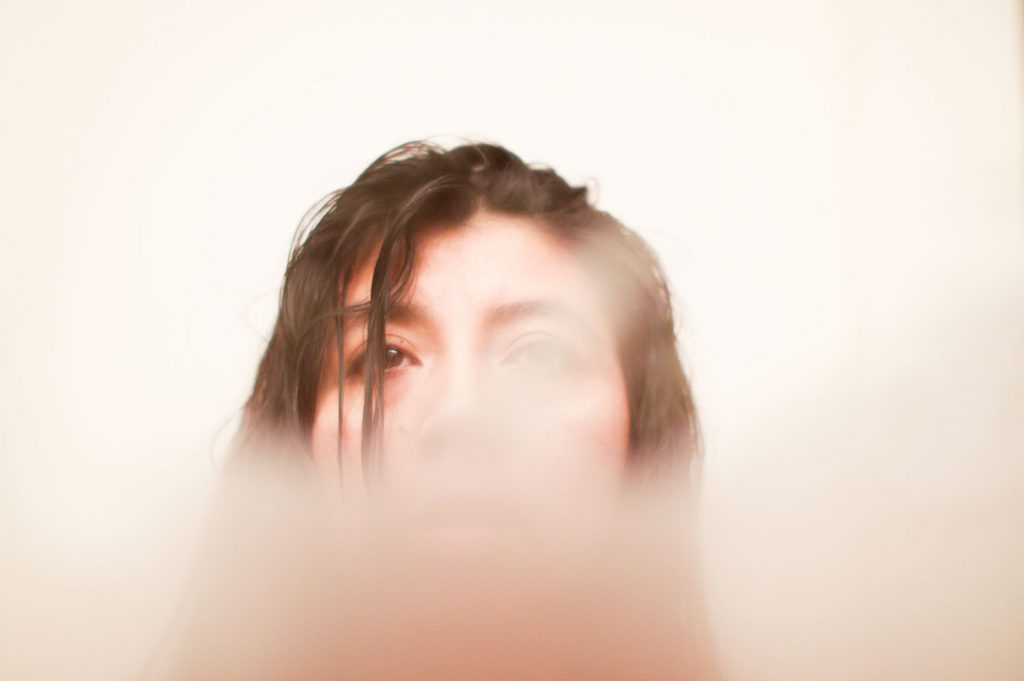 TIWT: What is your call to action or call to action to folks that are moved by your work?
I would really encourage people to support people that work in alternative healing practices because I feel to heal you need to have some sort of holistic support system. It helps a lot. I haven’t had that up until now. I see the benefit of just having that people that can help. Finding help if you’re going through something hard is it’s okay. Even if it’s a counselor or going to a crystal shop and just asking how you could connect with crystals. Finding ways that resonate with you to heal and not being embarrassed or turned off by some things or have preconceived notions of what might work or might not work. Definitely, supporting healers that work in alternative methods and their communities.

Take care of the lands as you would take care of your own body and your own family because the land and the water and the resources are all we have. Without them, no one exists, especially water. Take care of the water. Be mindful of the water. Be mindful of the spaces that you occupy and please don’t use any more straws. I want to think of a better way of saying that. Just be aware of the plastic that you consume. I’m living in Ecuador right now and we could really see– I’m sure in North America, you can also see the impacts that it has, like the climate change it’s having. When you are with people that live off the land, you could notice it right away. We’ve had crops that just don’t grow anymore or that it’s like raining out of season. We can’t cultivate anymore. A lot of people just live off the land. Just be aware of how much you consume. We can’t just over consume and just kind of forget about it.

Learn more about Elizabeth’s work by following her on Instagram at @elifrng, on Twitter at @elifrng or by visiting her website. Don’t forget to check out Behind The Dust artists Samah Ali, Aleia Robinson-Ada, Aniqa Rahman, Soko Negash and Shazlin Rahman.

Join TIWT in celebrating its first anniversary and introducing Behind The Dust artists at ARCHV RMX: A night curated by This is Worldtown on March 15th, 2018 (6:30PM – 9:00PM) at Artscape Youngplace.