At Inspirit we believe one of the most powerful ways to build inclusion is to amplify stories revealing often overlooked or misrepresented perspectives and experiences.  These stories help shape our individual and collective realities. They reveal hidden or uncomfortable truths and can drive us towards justice.

In 2017 we launched the Doc Impact Fund to highlight important stories in Canada that call us to action. This is a fitting development for Inspirit, an organization with roots in Vision TV which believed in the power of documentary to broaden understanding and build empathy. Both then and now we are compelled to ask ourselves, “who gets to tell stories and how are they being are told?”

We’ve been inspired by organizations such as Doc Society, Firelight Media, and The Fledgling Fund, which have been pioneering ways to leverage documentary to spur social change. Traditionally, film distribution and social impact have been thought of as separate activities. In the words of Doc Society, a new question is being asked: “How can we optimize both impact and commercial return by getting the film to the right people in the right ways?”

With the advent of digital delivery models and an increasingly divided political discourse, film teams are challenged to be more strategic about reaching key audiences and how they can inspire and create change.

And so we’re excited to announce Inspirit’s support for three documentary projects in 2018. Each tell powerful stories about Canada’s past and present, and offer ways to think about what an inclusive Canada looks like. These films will be embarking on campaigns to reach new audiences and spark action towards a more just and equitable society. 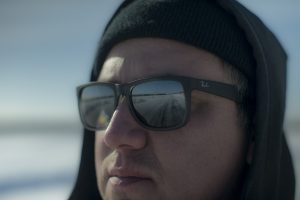 Colonization Road
Michelle St. John’s Colonization Road explores the historical impact of ‘Colonization Roads’ built by European settlers across Ontario and Manitoba in the mid 1800s. With host Ryan McMahon’s humorous and biting guidance, we see how the negative effects of this history reverberate today. 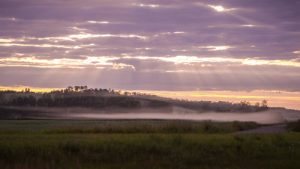 Co-directed by the Kehte-ayak Council of First Nations University and Andree Cazabon, Waniska is an inspiring reminder of the resilience of Indigenous peoples on Turtle Island. The resurgence of Indigenous cultures depicted is a testament to resistance and survival in the face of cultural genocide, as well as the hope and strength of spirit necessary to walk the path of reconciliation. 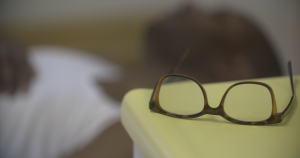 ng as part of In the Name of All Canadians), is a poignant reminder about the fragility of citizenship rights that many Canadians take for granted, and dives into issues of race, Islamophobia, and state security.

Inspirit is privileged to partner with the teams behind these films as they continue to bring these critical stories to audiences in 2018.  We’ll be sharing updates about the campaigns, as well as what we’re learning about the intersection of documentary film and social change.  We also look forward to announcing more funding for impact campaigns in the upcoming year to bring other urgent stories into the forefront. Stay tuned.