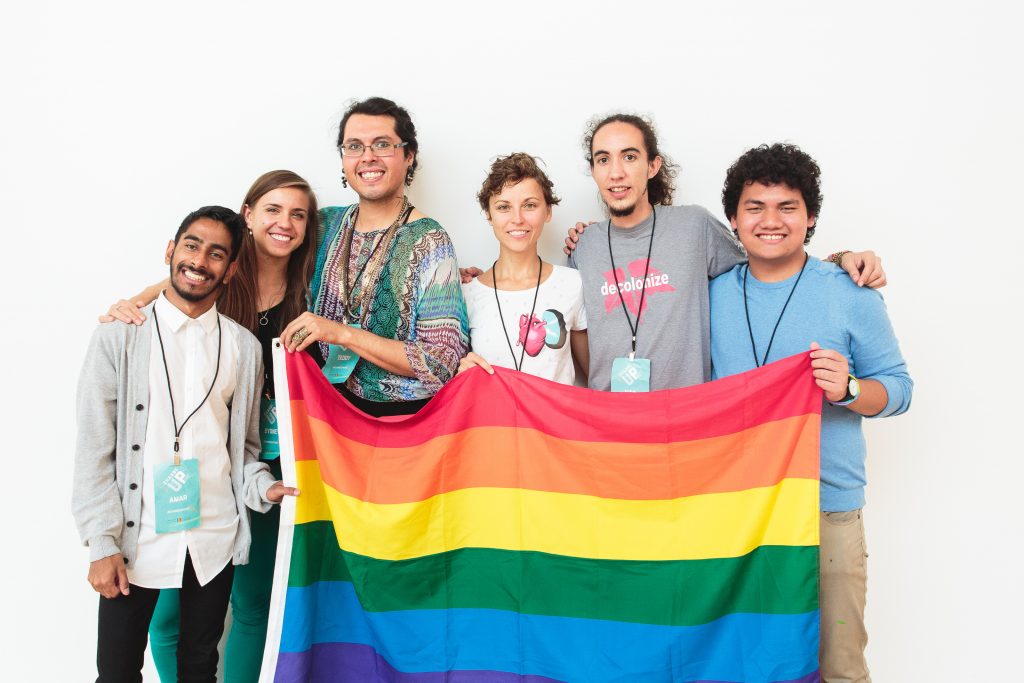 Teddy Syrette with ChangeUp 2015 delegates who participated in their workshop on understanding and supporting 2-Spirit identity individuals.

Pride parades originally were riots; now, mainstream celebrations are decked with rainbows and buff bodies. Logos of banks are in abundance and your choice of workshops and stages are bountiful. But in the background of house beats and techno remixes of 90’s pop hits, is a slow drum beat.

Last year, Toronto Pride hosted a “2-Spirit Pow Wow” stage that showcased some 2-Spirit and allied artists and community members. Indigenous Affairs Minister, Dr. Carolyn Bennett was there too, taking up space and plugging the importance of diversity in our communities. Don’t get me wrong, diversity is great. Inclusivity is definitely a thing. However, what is lacking in these conversations about creating inclusive spaces, projects and organizations is the understanding of intersectional identity and intersectional oppression.

In a lot of Pride and Indigenous Month celebrations, 2-Spirit identity is erased. Acknowledging that there is a ‘time’ and ‘place’ to talk about sexuality and gender, we largely ignore 2-Spirit and queer and/or trans Indigenous community members. In First Nation traditional knowledge keepers, elders and medicine people, there are those who still have ideologies of shame and abuse in relation to sexuality. Residential Schools, the 60’s, 70’s and 80’s scoop and the continuation of Indigenous children being placed in child care systems still carry a lot of intergenerational trauma because of abuses in these historical systems. But we are not having those conversations, or not having enough of them in either Indigenous or LGBTQI communities. 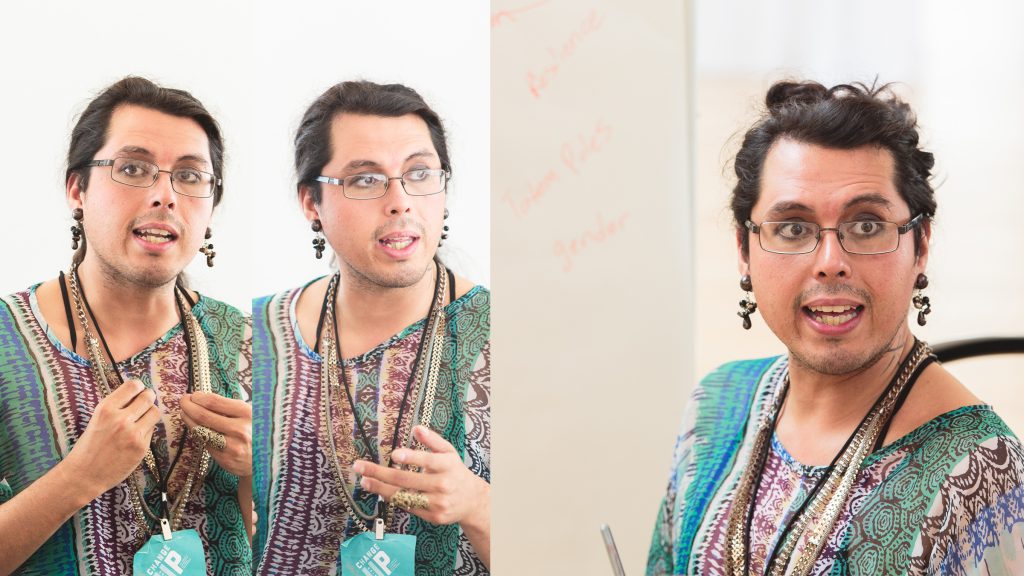 To celebrate Pride, whether it be from an Indigenous or LGBTQI lens, we must remember the origins of how far we’ve come as Indigenous and LGBTQI people and acknowledge the challenges that folks face when aspects of their identity intersect with each other. An Indigenous person can face systems of racism and discrimination for simply identifying as such. Add a layer of sexuality and/or gender diversity, and those barriers can intensify. Depending on their systems of support, social location and other privileges, their experience in life can differ. We can’t assume that every Indigenous person’s experience is the same—it is going to be different for every First Nation, Metis and Inuit person, especially if they are dealing with the complexities of gender diversity and sexual preference.

The ironic thing about celebrating any cultural difference is that a lot of aspects of gender and same sex partnerships were already recognized by various communities before the impacts of colonization. Across the globe, there are recorded instances of same sex partnerships and individuals with multiple genders who were respected and recognized in those cultures and societies. These places have also been disrupted by acts of colonization. And the evidence, can be found in different countries that embrace LGBTQ cultures and also offer refuge for LGBTQ folks who flee their home countries, for nations with progressive LGBTQ rights. Unfortunately, there are still folks in Canada, especially from First Nation communities and reservations, who still face a lot of homophobia, biphobia and transphobia.

Until our circles, ceremonies and communities learn to be more active with our own capacity building, some folks will never understand the history of Pride. But to the 2-Spirit/Queer-Transgender Indigenous storytellers, historians, elders and knowledge keepers who were at the front lines of previous Queer-Trans or Indigenous movements: Chi Miigwetch.

Teddy Syrette is a 2-Spirit Anishnabek person from Batchewana First Nation. They work in Toronto as a youth outreach coordinator for a 2-Spirit drop-in program and as a Queer-Trans/Indigenous advocate and facilitator.