Muslims in Canada: The Bigger Picture

Muslim Awareness Week began on January 25 to commemorate the second anniversary of the Quebec City mosque shooting on January 29, 2017. It has been two years since a lone gunman walked into the mosque and killed six Muslims.

For many Muslims, the mosque is sanctified space; it is where students can quickly pop in to pray between classes and where families gather on weekends for weddings, community potlucks and religious classes for kids. Now, for many, it is a place tinged with fear and a place where Muslims constantly watch their backs—a sense further heightened by the presence of newly installed security cameras, locks and volunteers watching the door while congregants pray. With the spectre of the mass murder hovering in the background, it’s hard to imagine the mosque as anything other than highly politicized and volatile spaces.

In the days that followed the shooting, vigils, rallies and “human chains” popped up around mosques across the country. This show of support for Muslim communities restored a degree of safety around spaces where Muslims gather.

However, what can sometimes get lost in the clamour of solidarity are the rich lives of Muslims outside moments of disaster.

Throughout the centuries, Muslims have created works of art and culture that are still celebrated today. They include the poetry of Rumi and Hafez, the architectural marvel of the cascading domes of the Blue Mosque in Turkey and the Great Mosque of Djenne, and the intricate Qajar paintings of the Persian Empire. Through Inspirit’s work in the philanthropic sector, we have had the privilege of connecting with talented Muslim artists, storytellers, creators and innovator. We have supported a number of artists who use media and arts to build community, heal trauma and amplify voices that often get ignored.

Here are six of those artists:

Melika Hashemi
Toronto-based interdisciplinary artist Melika Hashemi melds together the imaginary and the real in her current works, which reflect her social concerns about marginality and resistance. This includes the #FleeingTheFolio series, a literal approach to the concept of displacement. Hashemi cut out Persian Miniatures from manuscript folios and inserted them into photographs of Canadian sites where their presence is reimagined. These characters feel foreign in their new context—an experience lived daily by “displaced” persons like her. 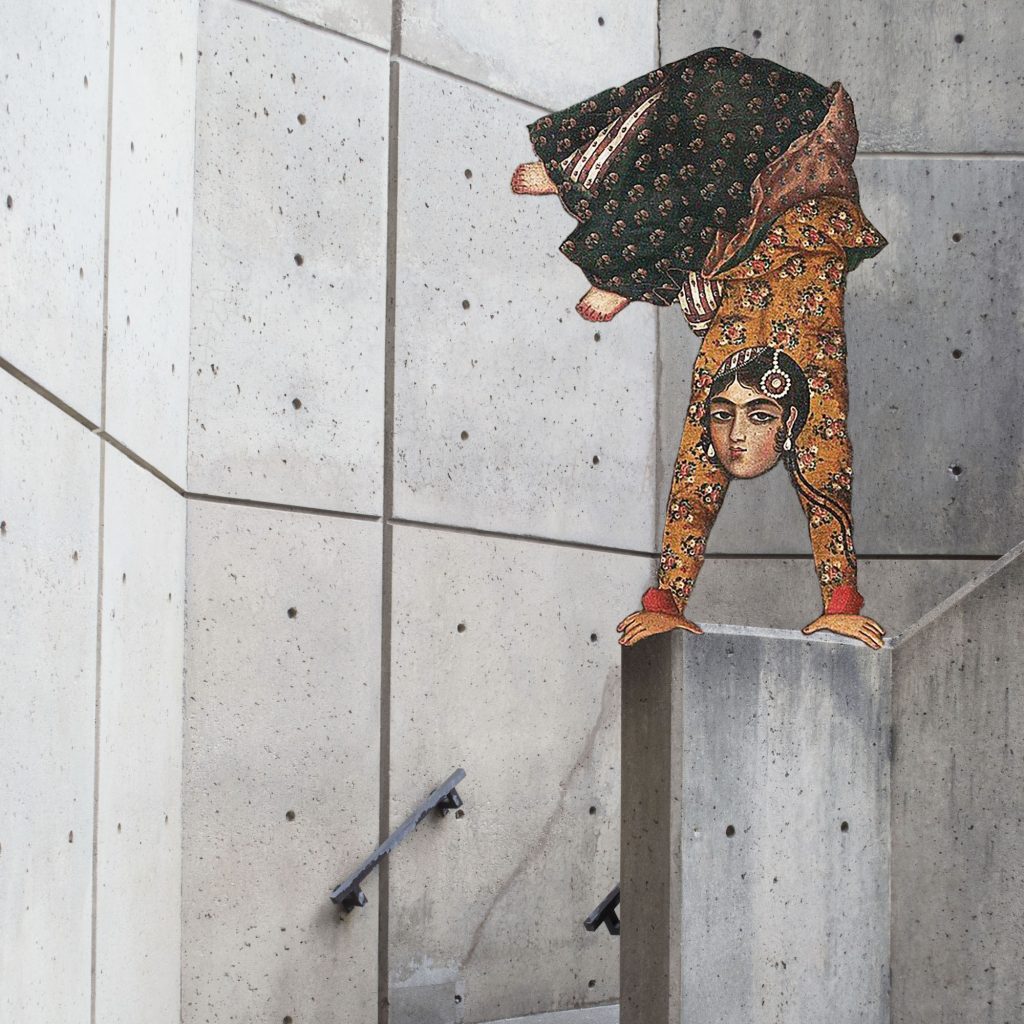 Raafia Jessa
Raafia Jessa’s artistic practice uses graphic design as a universal language to speak to the world. Through simplicity, symmetry, and colour, Raafia communicates bold ideas with deep meanings to her audiences. Her project Loqui (pronounced loh-kwee) combines Arabic, Persian, Urdu and Latin characters to create a fictitious set of alphabets. One of six global winners of the 45 Symbols competition, Loqui emphasizes the right of every individual to express themselves without being judged for the way their chosen language sounds. 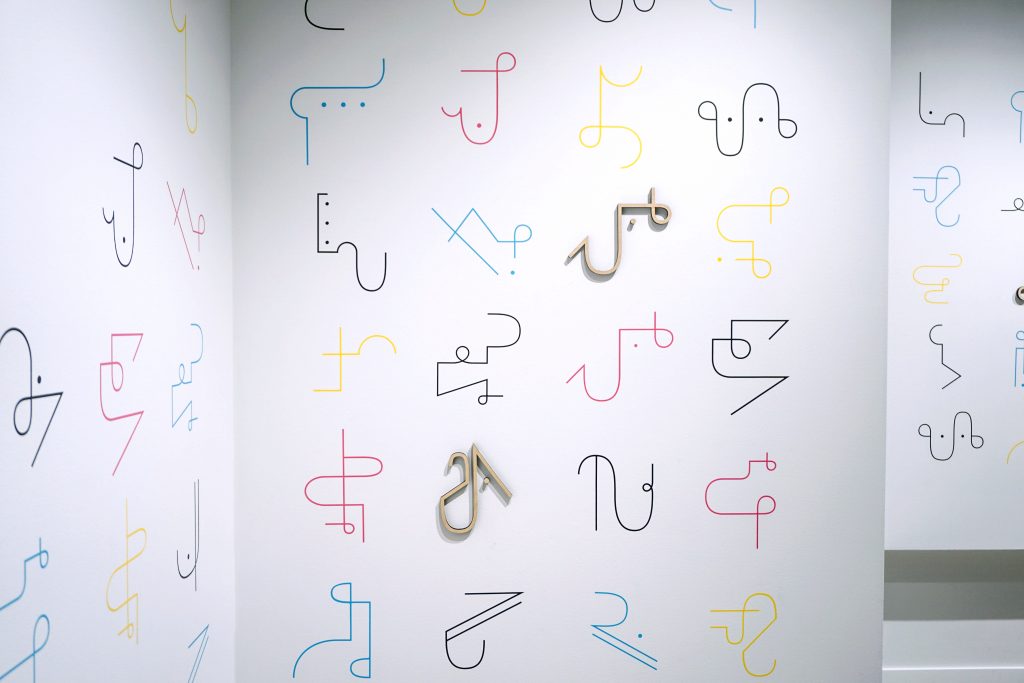 An installation of Loqui at the Through The Lines exhibit at the Koffler Gallery, Toronto.

Samah Ali
Samah Ali is a content creator, producer and founder of Sisterhood Media, a production house generating different forms of media to explore conversations on identity, community growth, and self-actualization. She was the producer, editor and director of photography for where now?, a documentary series that investigates what Torontonians stand to gain from the city’s climb to become an internationally-recognized cultural hub.

Aniqa Rahman
Community support and engagement is at the heart of Aniqa Rahman’s photography practice. Her body of work challenges the assumption that photography is merely a hobby and that photographs have to be aesthetically pleasing to be of value. For Rahman, what she captures through her camera lens provokes her audience to spark conversations. Her photograph Mirapur Lights II was recognized as a juror’s choice for the Scarborough Arts 2016 BIG ART BOOK. The photo captured a collective moment of celebration at Mirapur Stadium in Bangladesh during a cricket match, a game that is part of the country’s national identity. 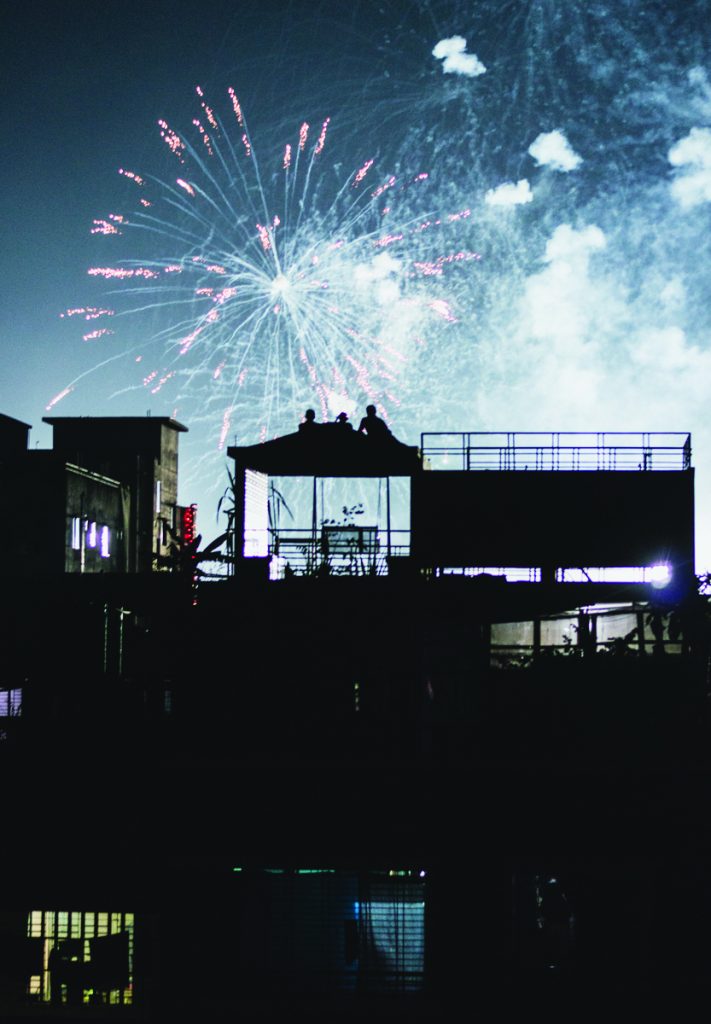 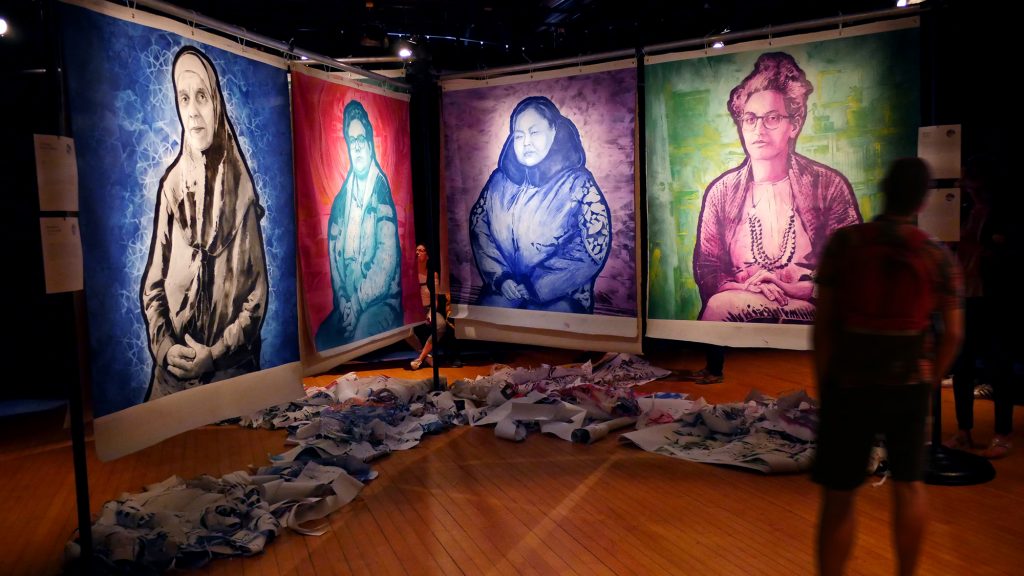 Mariam Magsi
Burqa, purdah, hijab—these are some of the veiling practices that Mariam Magsi explores through her photography. Magsi is fascinated by the coverings worn by Muslim women, its relationship to Islam, the socio-political environment where the covering is practiced and our assumptions about the women who wear them. 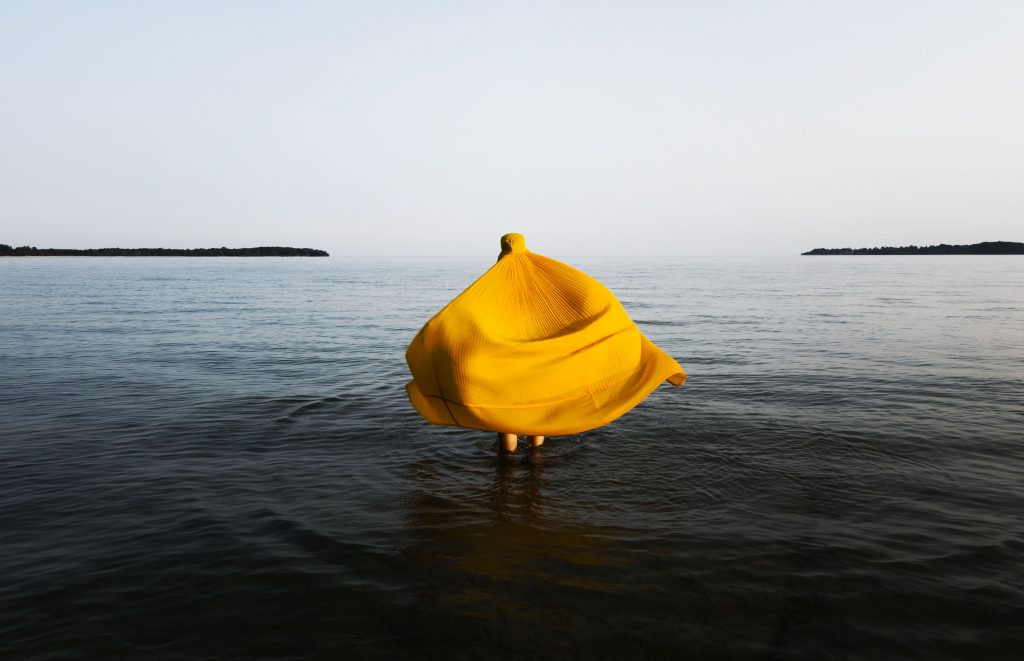