For decades, McGill University’s sports team name has been an antiquated and derogatory term referring to Indigenous peoples. On April 12, 2019, the university announced that it would no longer be using that name; a new one is expected to be announced by the beginning of the 2020 season.

This was welcome news for recent McGill graduate Denzel Sutherland-Wilson, albeit a long-overdue one. Sutherland-Wilson was a third year student studying anthropology and filmmaking when he became involved in the student-led organizing to pressure the university to act in 2017. As a Gitxsan from the Fireweed clan, he was immediately disturbed by the racist team name as an undergraduate student. He says there was a constant murmur of dissatisfaction about the team name on campus. When the university failed to act on a recommendation to change the name by the Provost’s Task Force on Indigenous Studies and Indigenous Education, that murmur turned into a groundswell movement called Change the Name. 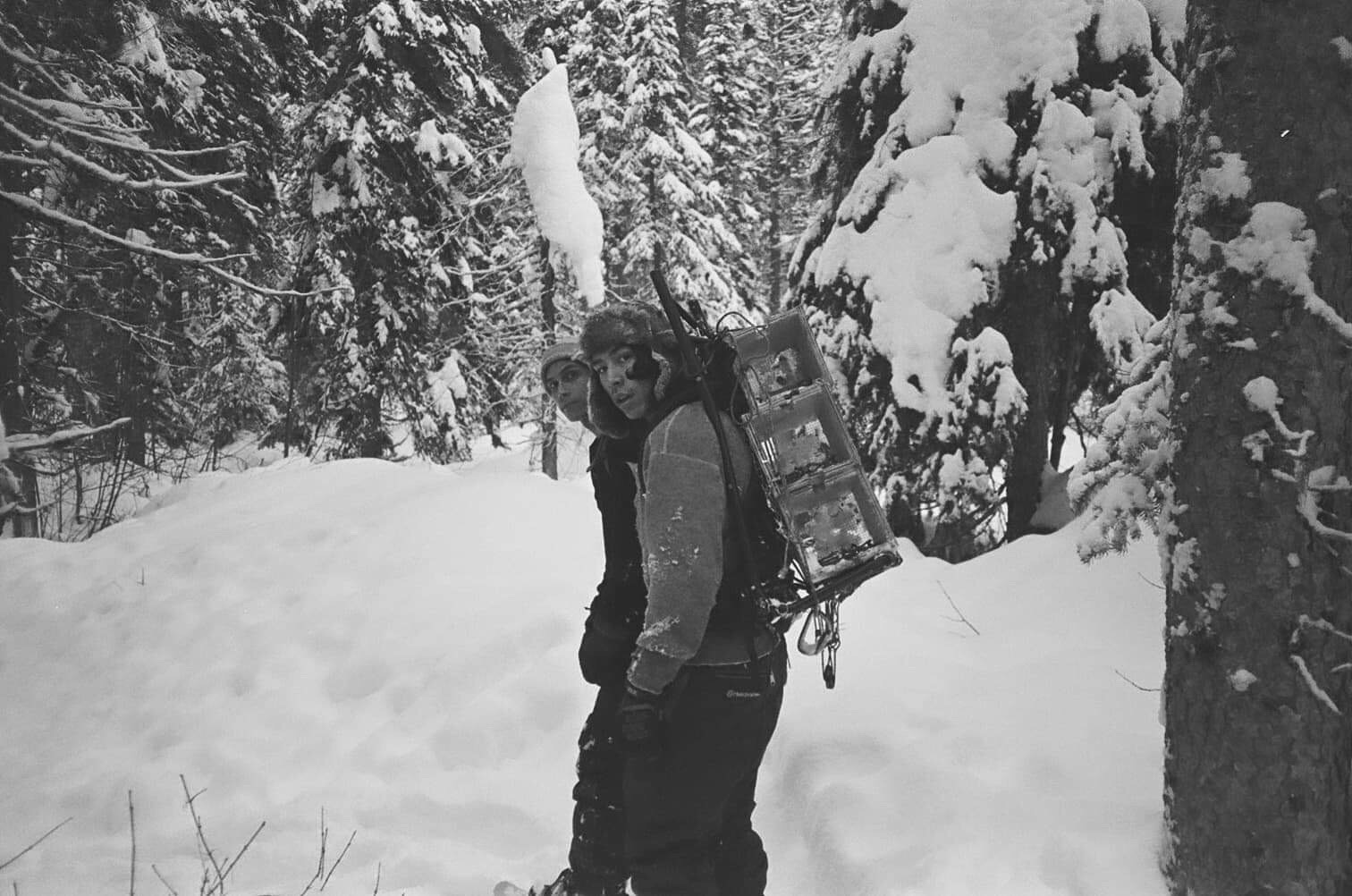 Denzel Sutherland-Wilson (front) out setting a trapline with a Tahltan friend on Wet’suwet’en territory.

Sutherland-Wilson and his classmate Mads Bjørn Lundsgaard made a short documentary  about the campaign organized by students, both Indigenous and non-Indigenous.

Inspirit had the opportunity to support Denzel Sutherland-Wilson in deepening his skills as a filmmaker in 2018. We recently reconnected with him to hear some of his thoughts about the name change.

Warning: There are mentions of derogatory terms in this interview.

When I was at McGill, there were discussions around it but there weren’t any direct actions going on to pressure the university. It was just more of Indigenous students saying “this is whack” but no one was really doing anything about it. The university even formed a task force for Indigenous issues at McGill and they found that to be one of the first calls to action. For this task force the university hired some Indigenous professors and staff too. One of their first calls [to action] was to change the name but McGill just didn’t listen for years and years so we decided to run a campaign, not through the university’s processes and to get lots of public pressure on them. And to show that Indigenous students were not happy with the institution. About three years ago a friend of mine, Carly Loft, started doing some actions like making stickers and holding a couple of events. And then last year Tomas Jirousek kicked it up a notch and got a lot of support. And he’s actually an athlete too and so I think the media wanted to run with that narrative so that helped a lot. 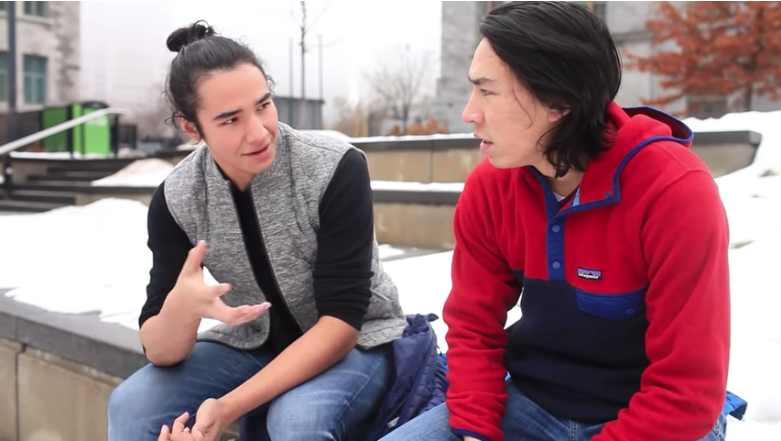 Filmmaker Denzel Sutherland-Wilson (right) with Indigenous athlete Tomas Jirousek in the short documentary on the Change the Name campaign. 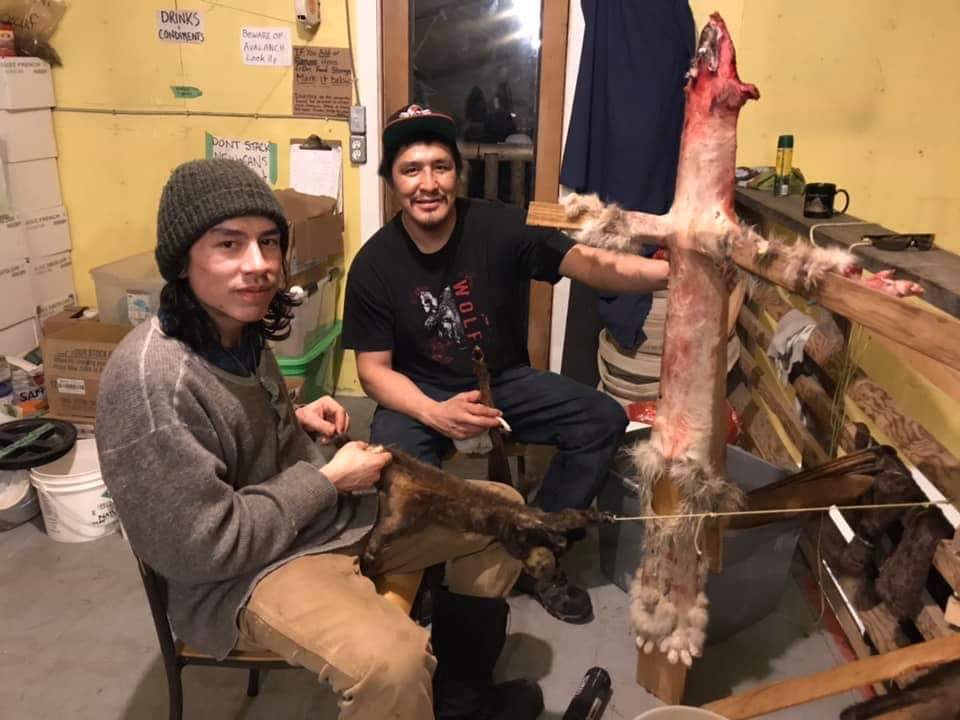 Denzel Sutherland-Wilson skinning a marten with a Wet’suwet’en friend and teacher.

Q: Why do you think the university was dragging its feet despite the widespread dissatisfaction among students?
DSW: Even if you look at the media coverage and the comments, [there was] opposition from alumni who are people who played under this Redmen name and are really proud of their time at McGill, of being an athlete. There were actually quite a few alumni who are big donors to the school who said they would stop donating to the school if they changed the name. That was something that I hear over and over again. It’s not brought up in the media too much but a lot of people at the university told me that. The reason they weren’t going to change the name was that there were a lot of donors that would drop their donations to McGill if they did.

Q: How did you get involved in the campaign?
DWS: I was a student at McGill when this campaign started. Ever since I was there we were opposed to [the name]. I was in my third year in anthropology at McGill and in my first two years we would talk about what we could do but it felt kind of hopeless to run this campaign to try and change it because people have been trying for a while. But Carly Loft was the SSMU Indigenous Affairs Commissioner and she had a bit of funding and decided to start that campaign. She made some stickers, posters, held an event or two, and then Tomas [Jirousek] just continued [the campaign] this year. So [it took] two school years of the campaign that finally led up to the change. 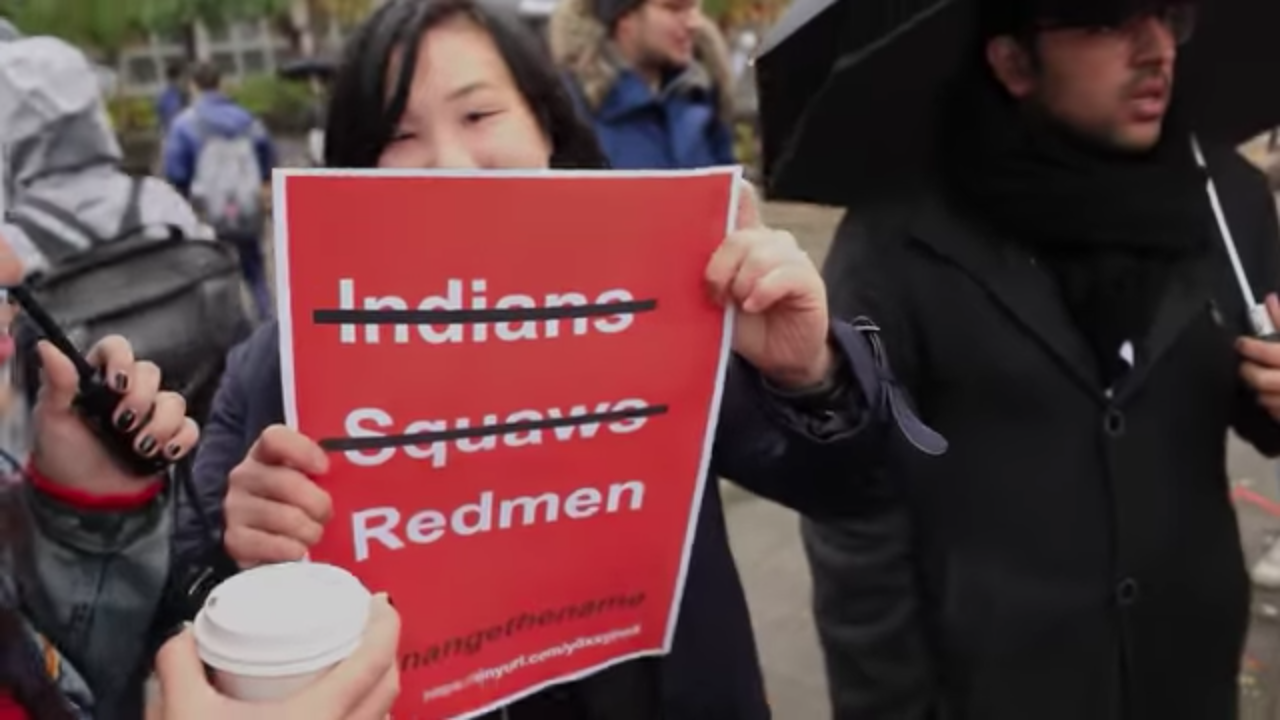 Q: Why did you decide to make the documentary about the campaign?
DWS: That was one of the ways that I could contribute to the campaign personally in a way that was good for me. I didn’t really like operating within the institution so I left that to other people. A friend of mine who I made [the documentary] with—we were both in a film class at McGill on sensory ethnography and we had to make a documentary for the class. We both had our own individual projects on completely unrelated things and half-way through the semester—since we were already filming—we started filming stuff going on with the campaign We thought that was a lot more interesting than our own individual projects so we asked the professor if we could put together a longer documentary in collaboration. This would also be contributing to the campaign, helping to raise awareness and helping to show our side of the story since not a lot of the media that was coming out, while it’s in support of us, they don’t show the whole story; it’s almost like they tend to paint us as victims of this terrible name. What I want to see in my movie was all the stuff people were doing, all the work that was going into this, and all the creativity and the love too with all the singing and the art people were putting into it. And also the b****s organizing and thought process that Tomas and the team were putting into this campaign.

All photos are generously provided by Denzel Sutherland-Wilson.

Don’t forget to check out our past Q&As with Akio Maroon, Ilyas Gora and Walking With Our Sisters Toronto.