“I made a film I didn’t want to make,” Tasha Hubbard says of her latest work, nîpawistamâsowin: We Will Stand Up. Premiering as the opening film at this year’s Hot Docs Film Festival, the documentary follows Colten Boushie’s family’s quest for justice following his murder in 2016. The film is making history as the first film by an Indigenous filmmaker to open North America’s largest documentary festival. It also tells the difficult and often obscured story of how Indigenous peoples are treated by Canada’s justice system.

Inspirit is privileged to support the Boushie family to be part of the opening night. We sat down with Tasha Hubbard to hear about the film and why these stories need to be told.

Q: How did you get your start making documentaries?
Tasha Hubbard: I lobbied to work on the CBC News mini-series Big Bear which was directed by the late Gil Cardinal and produced by Doug Cuthand, who are two director-producers, and after the film was done Doug Cuthand asked if I wanted to learn how to make documentaries and I said “Yes, I do.” [laughs]. 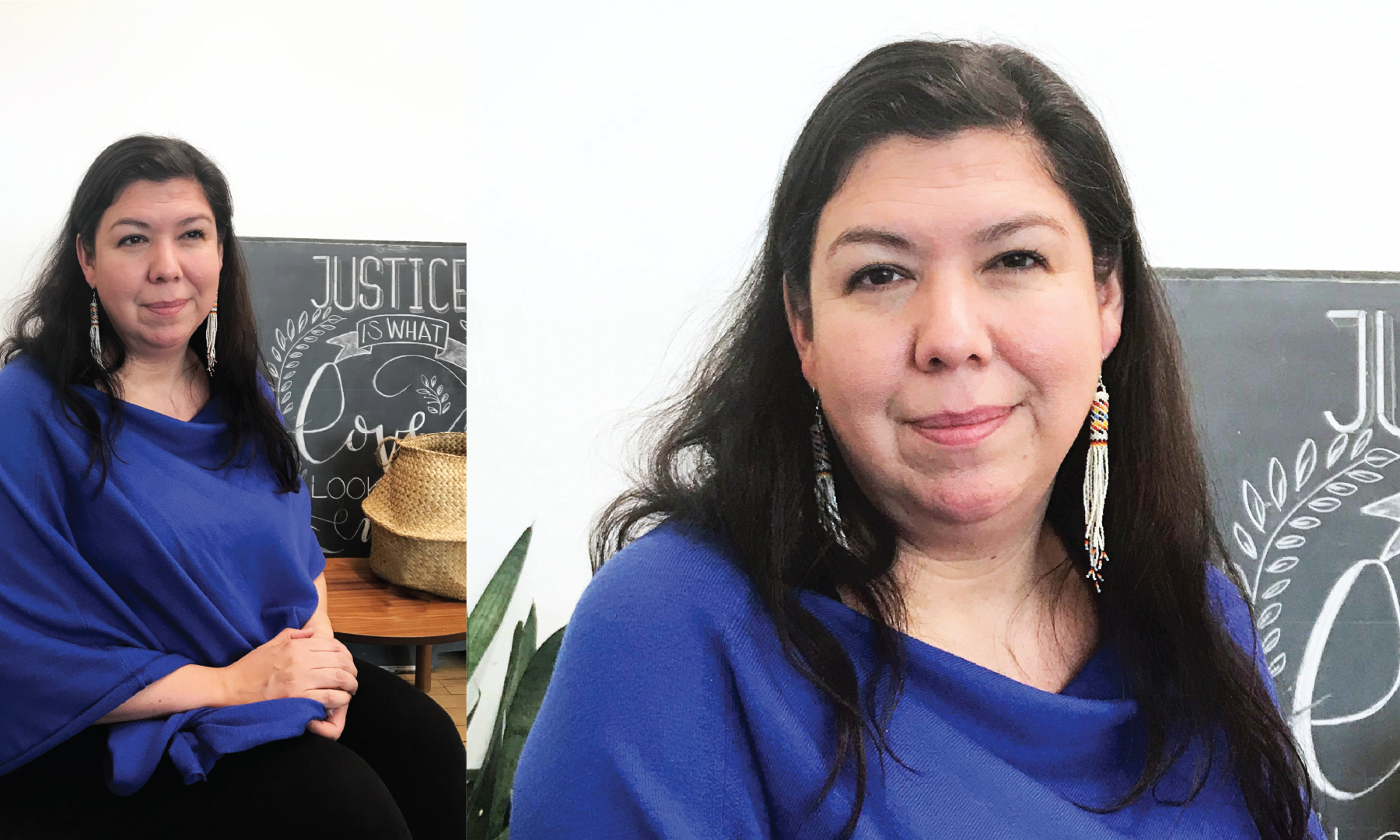 Tasha Hubbard says filmmakers looking to tell difficult stories need to put in as much care for their subjects as they do for themselves.

Q: Was that when you realized that film was the medium for you to tell your stories?
TH: I think I realized that…you know I grew up away. I was adopted out and so at that time in my life I was really wanting to reconnect. I just saw film as a way to learn about our history, our people and our communities and that I could create something along the way. As I started to be more part of my community, I also then realized that I had this space that I inhabited where I grew up with non-Indigenous people and family and community, but I was also made to feel part of my Indigenous communities. So having that dual perspective, I thought, might be useful to help navigate some of the tough stories that are happening in Canada.

Q: When you made your first feature documentary Two Worlds Colliding, what was your biggest challenge as an independent filmmaker?
TH: I think I never made a film of that scope before. Finding my story…I think it took me a while to really figure out exactly what that meant—the story, what’s the heart of the film and also just learning how to navigate external expectations [laughs]. It was such a political film and there were a lot of people that wanted a certain outcome of the film and I just learned to stay true to who was most affected by this issue. That’s who I’m accountable to. Not institutions, not government, not anything. I’m accountable to the people who have been affected the most. And I still stay [true] to that. 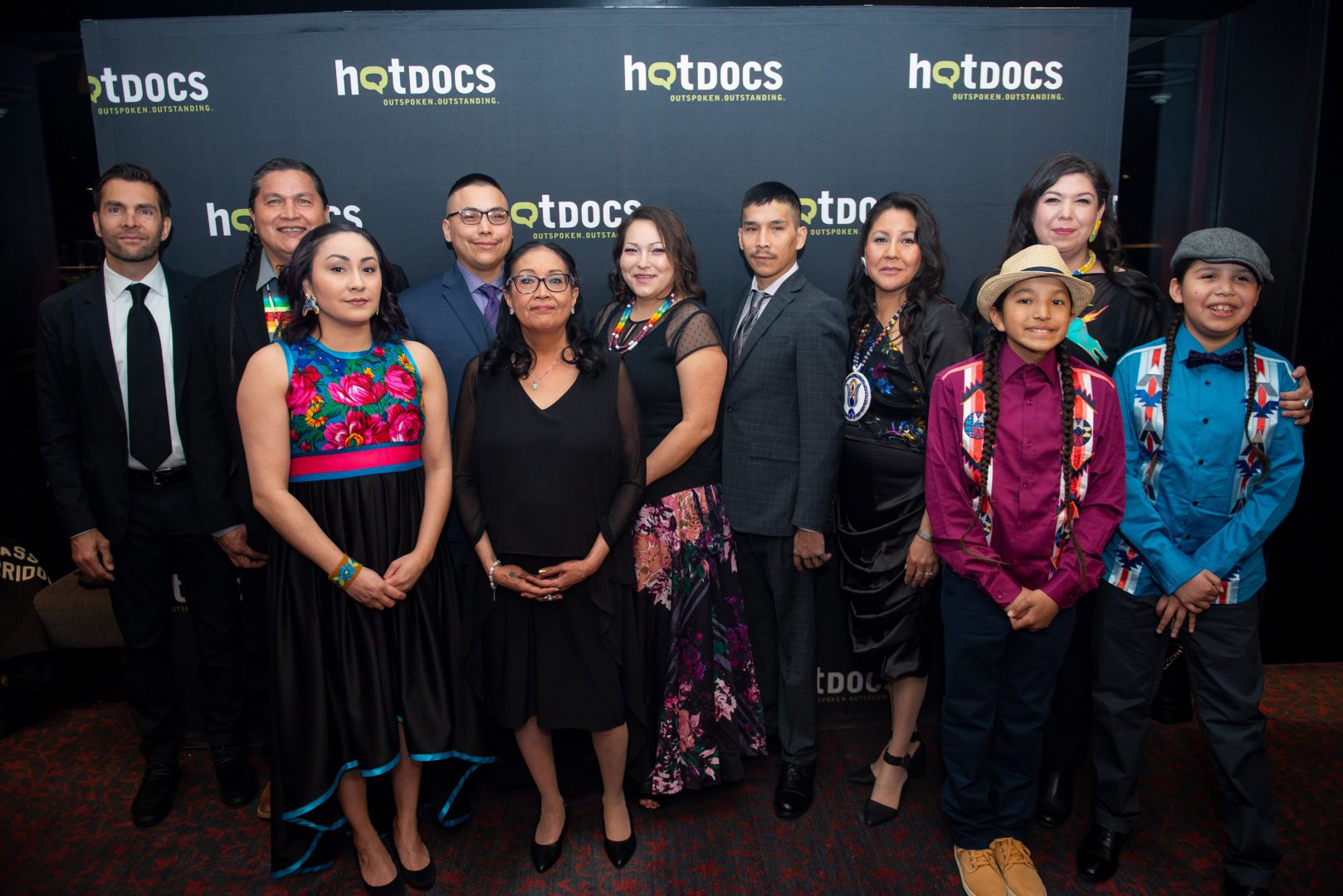 Tasha Hubbard (back row, first from the right) with Colten Boushie’s family on opening night at the Hot Docs Film Festival. (Photo by Joseph Michael Howarth, courtesy of Hot Docs)

Q:What was it like to work so closely with the Boushie family as they went through their own difficult journey?
TH: I felt a lot of admiration for them in that they had the strength to take such a terribly unjust tragedy and want to do something for generations [to come], wanting to see change happen. I felt sometimes I’d be tired, it would be overwhelming, but they [kept] going so I can keep going. It’s hard. Life is hard as it is but to have to go through something like that and see the way Indigenous people are viewed within systems—it’s also really heartbreaking. I just decided to turn that feeling and that experience into the film to try and bring people to an understanding of what that was like.

Q: What advice would you give to emerging independent filmmakers looking to tell difficult stories like this?
TH: Really think through what your ethical process is. It can be challenging. You care about the people in your film and you also have to care for yourself and what you’re going to go through. What I found really touching was there were times when the family—they’re going through this horrible experience but they were worried about me. They’re like, “Are you OK?” [laughs]. It’s like, “I can’t believe you’re worried about me and you have to go through this.” But I think it was a reminder to really make sure you’ve got your support in place and self-care in place. I think the other is really thinking about who your team is. Sometimes we idealize this idea of the sole filmmaker who can do everything and shoots and directs. I would not have been able to do this film without the team that I had. It’s about relationships and caring for each other. That’s part of your approach. What’s your process? If your process is one of care than that extends to other things. 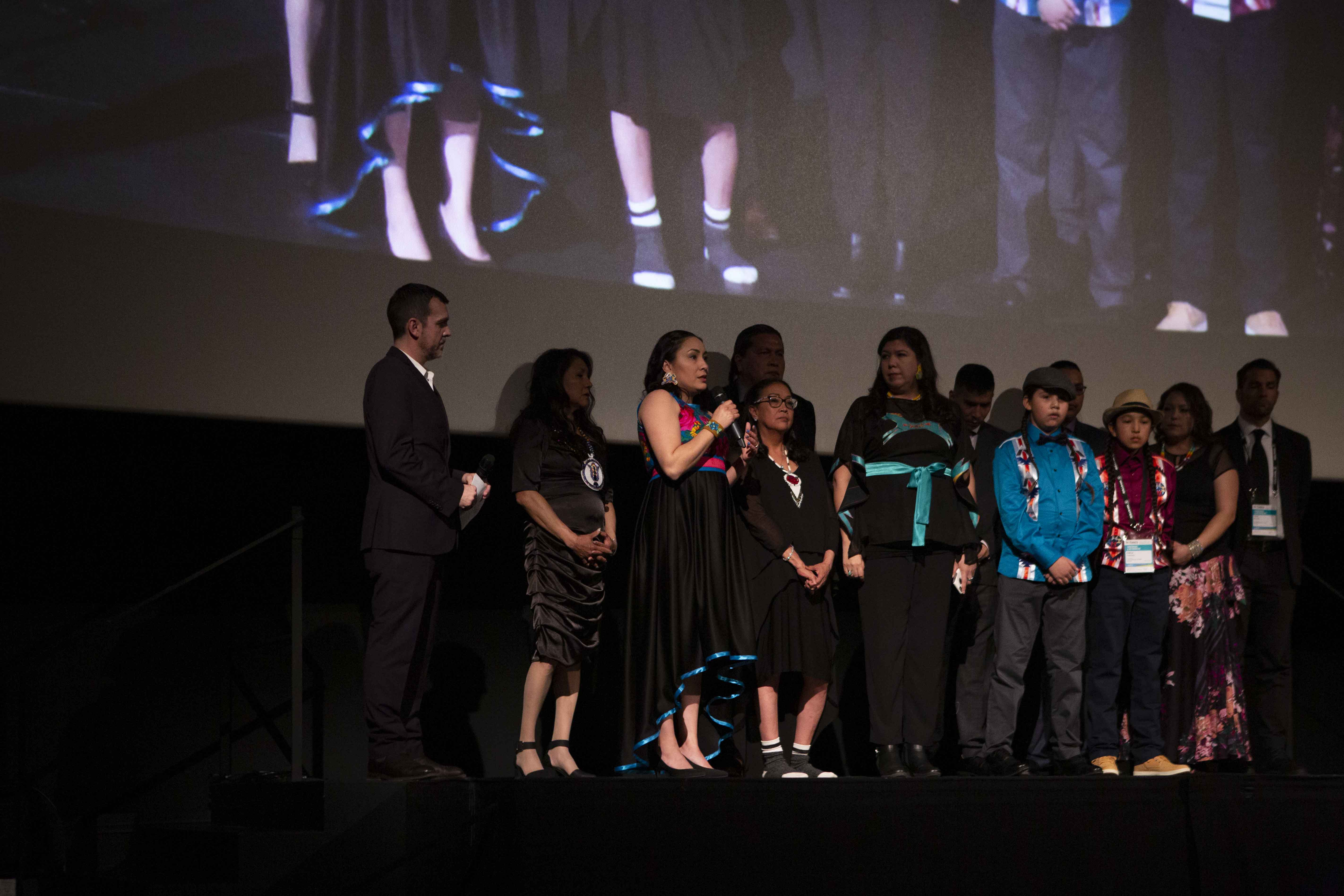 Colten Boushie’s cousin, Jade Tootoosis answers a question from the audience at the HotDocs premiere of Tasha Hubbard’s documentary nipawistamasowin: We Will Stand Up. (Photo by David Spowart, courtesy of Hot Docs).

Q: How do you feel about being the first Indigenous filmmaker to open HotDocs?
TH: I think there’s a lot that needs to be done and sometimes it’s hard not to be overwhelmed by all of that. But I think there’s a lot of really great minds—Indigenous justice advocates and supporters. People have strategies that can be done to make change; it’s just having the political will to do so and I hope the film can generate that political will.

nîpawistamâsowin: We Will Stand Up is screening at Hot Docs until May 4, 2019.

Don’t forget to check out our past Q&As with Denzel Sutherland-Wilson, Akio Maroon, Ilyas Gora and Walking With Our Sisters Toronto.