This Is Worldtown’s women mediamakers are reshaping our media landscape

In celebration of International Women’s Day, we are shining the spotlight on our grantee This Is Worldtown (TIWT), a digital hub featuring the first person expression of women of colour, globally, across storytelling mediums. In this post, co-founder Sana A. Malik reflects on why Canada’s media landscape needs more spaces like TIWT. Stay tuned all this month for features on TIWT’s Behind The Dust artists.

Late last February, a month after Trump announced his first Muslim ban, and a few weeks after the tragic shooting of eight men in a Quebec City mosque, we launched This is Worldtown. The moment was ripe, and our audience was hungry for perspectives that were too often left out of media commentary. We called the event “Muslimah Media-Makers Fight Back” and hosted Eman Idil, Ginella Massa and Amel Monsur in conversation. Our event sold out in 5 days and had a packed house of women of colour from across industries eager to learn from and share their experiences of being singled out in their professions, having to carry the burden of representation while staying focused and productive. It was clear from this one night how much a space like this was necessary, and how much media organizations needed to listen and fully include the complex perspectives of women of colour. 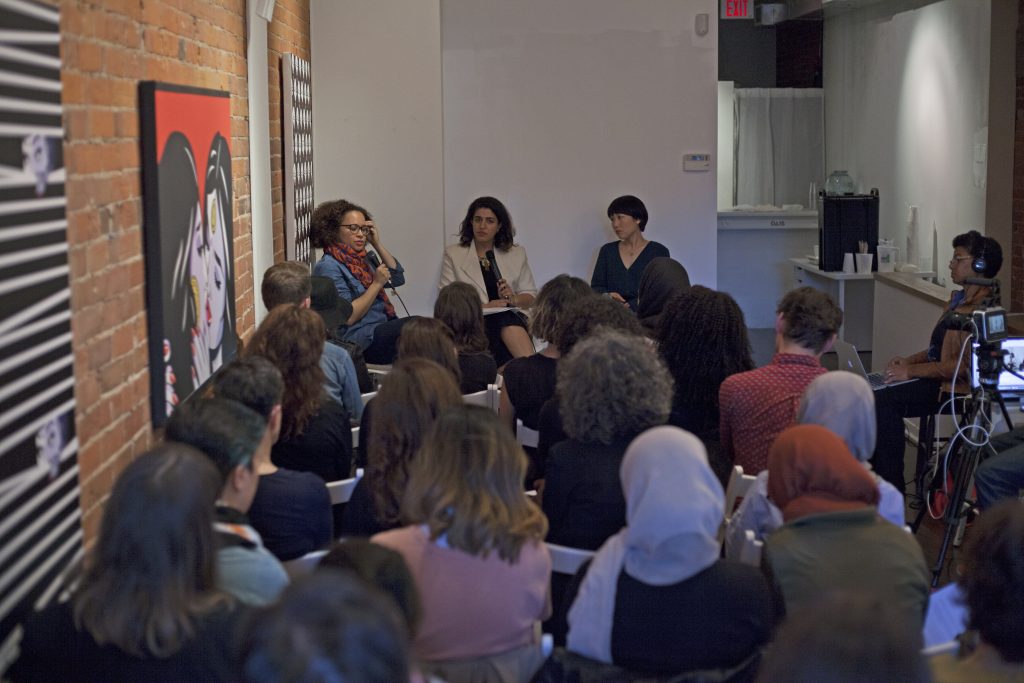 Our next #TIWTTalks continued on this conversation, featuring prominent media personalities Hannah Sung and Nam Kiwanuka. This is Worldtown needed to exist in a city like Toronto, in a country like Canada, where discussions about inclusion are plentiful but the real means to bring them into fruition are not always present. Especially in the media.

This was a journey a few years in the making. As two young Muslim, immigrant women tired of negative media portrayals, Ausma Malik and I, shortly after meeting as undergrad students, noted the need for changing how things were represented in news and popular culture. We turned to digital media as a means to really identify what belonging, home, identity and activism looked like on our terms. In This is Worldtown’s first iteration, we played with the idea of maps, postcards, and borders in the form of a blog to illustrate the lack of representation of people who cross borders and to collect various stories across homelands. We wanted to get beyond reporting that focused on one-sided views and spoke only of crisis. We wanted to bring out complexity, joy and truth — through the first person’s perspective. It was a small project tackling a big question: could we shift conventional media narratives about our communities by taking charge of telling stories from our own viewpoint? 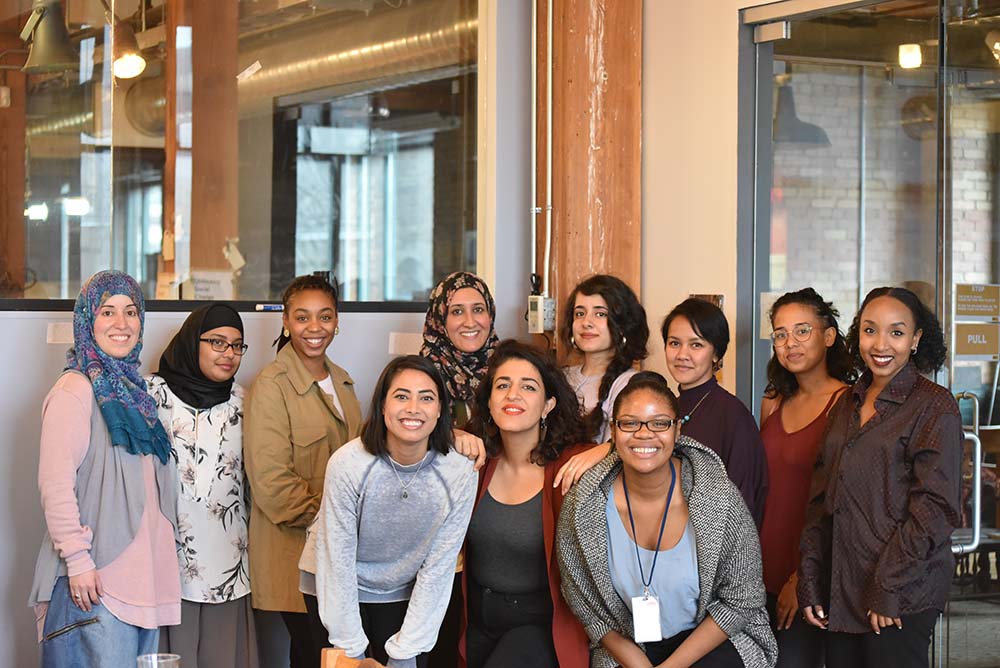 Behind The Dust artists with This Is Worldtown team and BTD mentor Noor Javed (back row, fourth from left).

Six years later, taking inspiration from the immense creative expression and global aesthetic gaining traction online, we re-launched the platform to focus on Women of Colour. Thanks to the support of the Inspirit Foundation, we’ve inaugurated a series with six emerging media makers called Behind the Dust. These female visual storytellers are spending the year working on in-depth projects related to their own personal history of migration, and on stories that resonate across the diasporic experience. As a collective, we are Muslim, Indigenous, Black, Asian, Latinx, mixed-race, first and second generation immigrants. We are dedicated to revolutionizing the portrayal of women, like us, with multiple backgrounds and experiences. Our multimedia approach is to use visual media, art, writing, reporting and storytelling to break generic narratives. It is also to provide a platform to women of colour who too often don’t see authentic versions of themselves in news and culture.

The Behind the Dust series will be published online and the artwork will be exhibited at two events during the year. We continue to complement this work by building on conversations about women of colour media leaders who are shaping narratives at higher levels. Over the past year, we’ve featured a series of Indigenous female mediamakers who are looking to the past and telling stories from the future. And We continue to bring important debates about gender, race and representation in film, politics, art and culture.

In the short time This is Worldtown has existed in the Canadian media space, we’ve seen just how much these conversations need to happen. We’ve seen how we’ve inspired a new generation of aspiring storytellers to really see themselves represented in the media that they create and control. We’re part of a movement that we hope larger media organizations will take note of and support right now.

Join TIWT in celebrating its first anniversary and introducing Behind The Dust artists at ARCHV RMX: A night curated by This is Worldtown on March 15th, 2018 (6:30PM – 9:00PM) at Artscape Youngplace.