Read our latest CEO Update, as originally published in our Fall 2022 newsletter.

In the aftermath of the senseless killings on James Smith Cree Nation in Saskatchewan, the rules of traditional journalism were challenged once again.  The community collectively determined when it would speak, who it would allow onto its lands, and who would speak.  IndigiNews, a respected digital publication, and an Inspirit grantee, paused all publication for the week—a direct challenge to the norms of deadline-driven news coverage.  While deadlines are necessary in news, asking victims of tragedy to share their trauma on deadline is not. And we were all reminded of that. 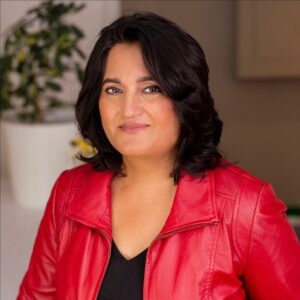 While the conventions of traditional journalism have been undergoing a necessary reckoning, the importance of independent journalism by skilled folks has never been greater. In increasingly polarized discourse, truth is the first casualty. We used to say this only about wars and other armed conflicts. Now there is no shared understanding of facts, of data, of verified witness testimony from credible sources.

Of course, there are many reasons for this; throughout the history of modern-day journalism, the craft has done a terrible job of telling the story about itself. Editorial choices are opaque to those whose entire lives are affected by media coverage, and some in horrendous ways.  Trust has not been earned.

In this environment, journalists themselves have also become targets of right-wing extremism. Female journalists in Canada, many racialized, are being harassed; some have had to hire security experts in a profession where day-to-day work involves a new companion: fear. Overt death and rape threats are very real. Then there is the other cost in a profession where reputation is everything—female journalists are seeing theirs decimated through online forums where opinion masquerades as truth, and facts are created to justify whatever end. This is especially true for Muslim journalists who wear a hijab. As the world rightfully shows solidarity with the women in Iran, Canadian journalists have to defend their ability to cover this, and any issue related to the hijab. A high bar that is rarely applied to other journalists based solely on their identity.

As someone who spent a good part of my career as a journalist, many of my former colleagues were extremely thoughtful, ethical, and so committed to social change; they understood the power of narrative in that process. This hope, however latent, is something the philanthropic sector often speaks to, the aspiration of social change through funding. This privilege of believing in the power of imagination, is a privilege that is rooted in resources. I’m very lucky to be working at a foundation where we can take concrete action to spark possibility and this newsletter is always a good reminder for me.

Over the summer, we launched our Narrative Change Lab, with an inaugural cohort of Muslim content creators and changemakers from across the country. Read our release and learn more about the Lab. This Fall, we also welcomed Ana Sofía Hibon as the newest member of our team.  Read her bio here. Welcome Ana Sofía!

Our board members also continue to have impact; read about Caro Loutfi, James Chan, and Sally Ng’s new roles. Congratulations to all three. I hope you’ll enjoy reading about these achievements, as well as the extraordinary work of our grantee partners. Hope indeed in a world where the power of narrative to foster belonging is sorely needed.